you cannot think well, love well, sleep well, if one has not dined well. 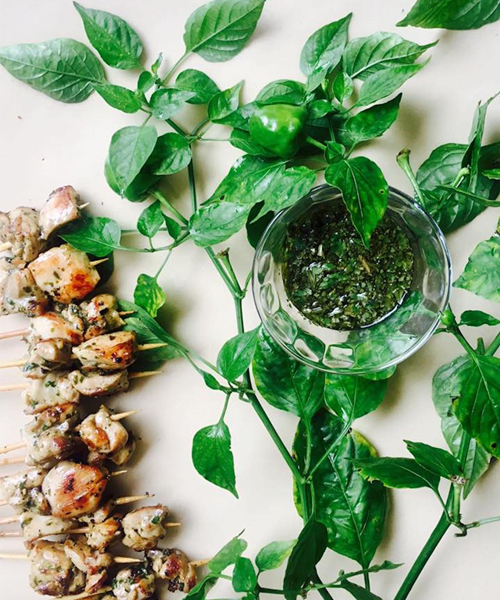 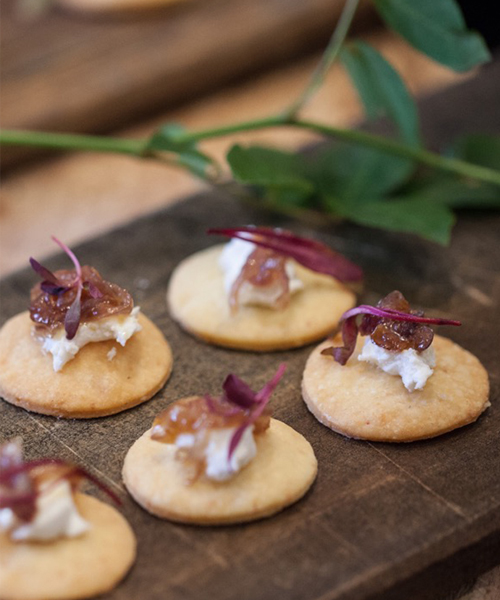 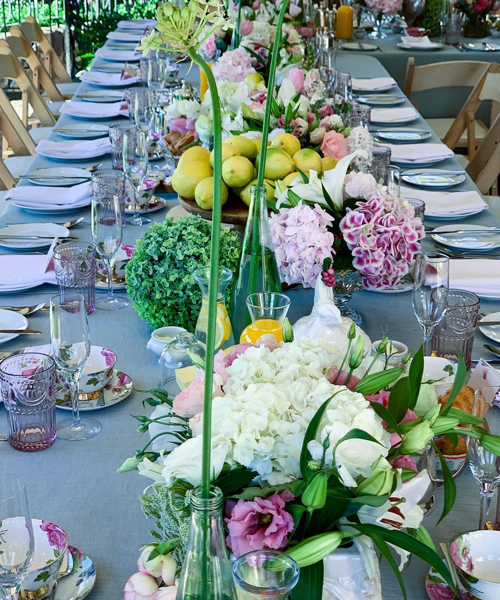 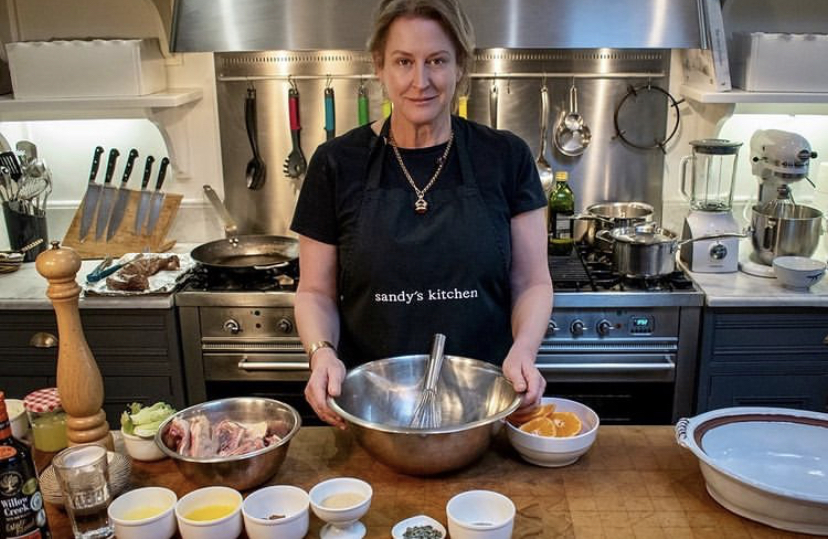 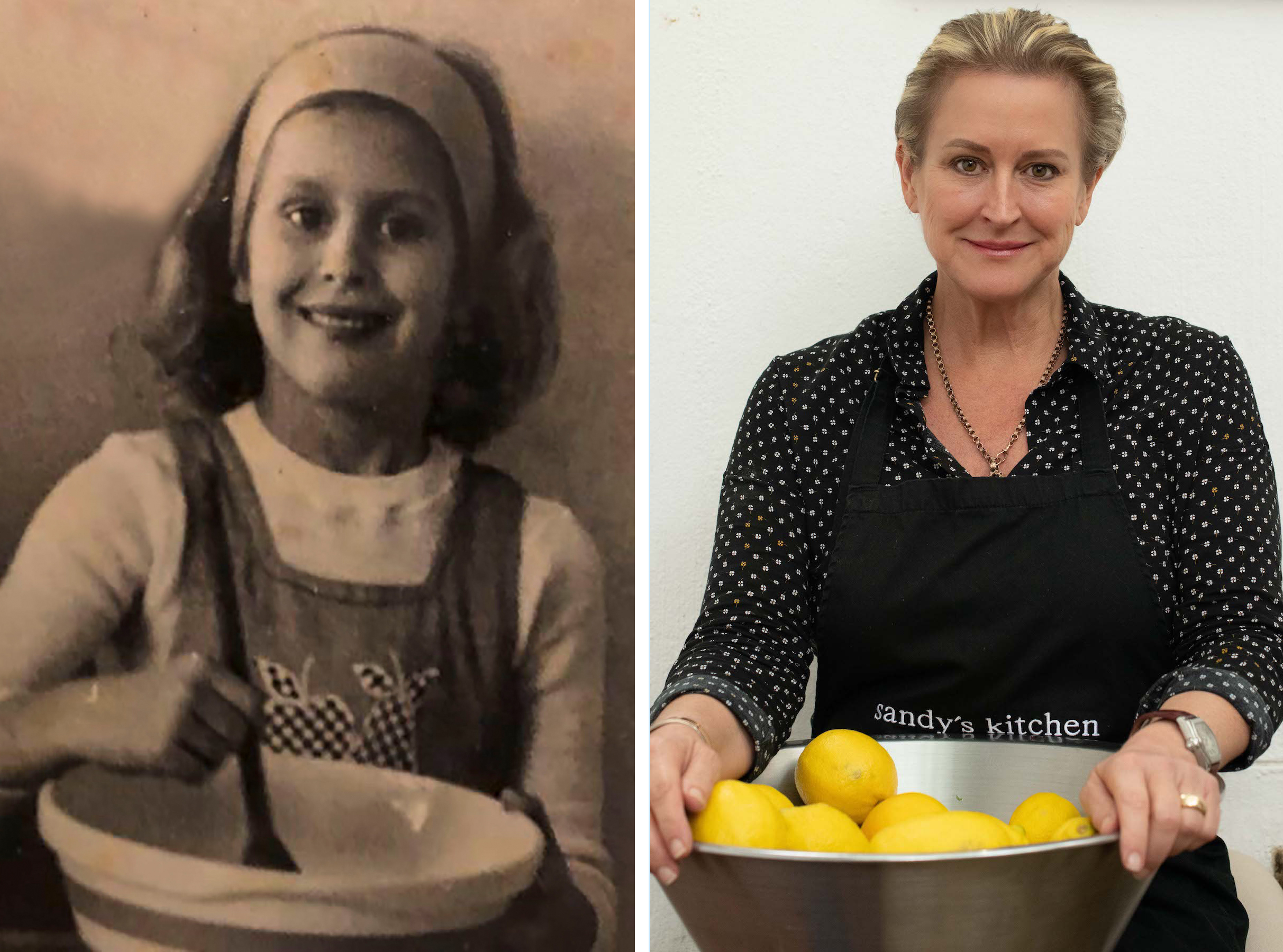 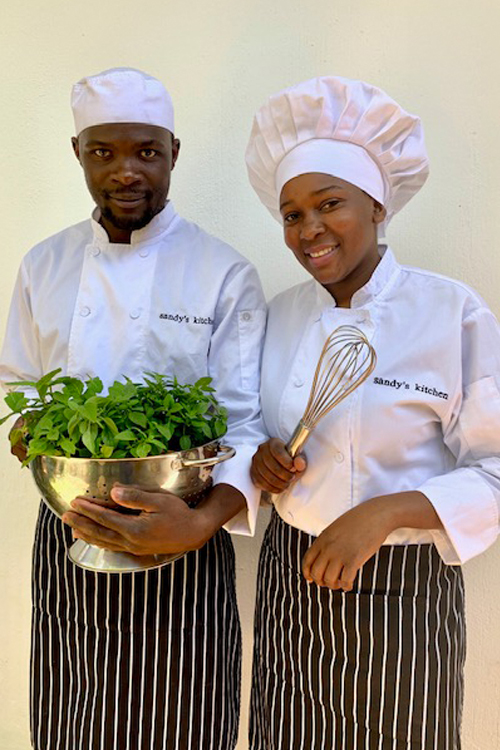 Sandy Wood is a natural born-chef, with an intrinsic culinary flair that was nurtured by her chef extraordinaire mother. After leaving school, Sandy went on to develop her talents, with a Cordon Bleu, followed by; Prue Leith (London), the Ritz Escoffier (Paris), Ballymaloe (Ireland) and Giuliano Bugialli (Italy).

Her culinary profession began at sea, as a yacht chef in Turkey. She then went on to work as the Cybele Forest Lodge chef, followed by 4 years  as the Nissan executive chef, after which she took on the bistro reins of Bellini’s. From the comfort of her kitchen, Sandy began teaching and catering and a few years later ‘Sandy’s Kitchen’ was born. Her inspirations are full flavoured,  deriving from her many international and local cooking courses. While Sandy puts the flair into the Kitchen, her team of professional staff keep it’s very heart pumping.

Sandy’s kitchen offers a fully comprehensive tailor-made catering and event service to all our clients. We will ensure that your function (whether, a corporate, private event or a wedding) is customised and fully organised to suit your needs. From; theme and décor, menu planning, hire & supply to staff management. In order to offer a unique and personalised function, we work with each client to create a feel board – and offer a fully inclusive décor service, from; sourcing furniture and décor, styling, flowers, set up to final dismantling of the event.

Sandy’s Kitchen offers only the freshest quality seasonal ingredients – with an abundance of aromatic herbs, spices and arresting flavours, whether it’s our canapés, harvest tables, or exquisitely plated, presented and served meals, you are in for a taste sensation. Our dishes are inspired from multi-disciplinary cuisine from all corners of the world, constantly evolving with the current food trends and styles.

We offer a full bar service with qualified and professional bartenders. Our bar service can be arranged to meet your needs, and styled according to the event.

Sandy offers exclusive personalised culinary workshops for small groups or corporates. Offering a variety of cooking experiences all ‘foraged’ from her many culinary experiences around the world. Her workshops can be custom made to suit both your palate and your wanderlust – not only will she delight you with flavoursome recipes, she will offer travel delights and tips of the many cuisines she has mastered.

It was perfect. Your attention to detail is Increcible. It all looked so perfect and your staff is unbelievable. What a night!!!
Bronwyn Kretzschmar
I am still reveling in the glory of my 60th. By all accounts, our guests enjoyed it thoroughly as well and so many have observed just how well the function was put together. I want to thank you sincerely for your major role in the success of the party. You won my confidence early on. I felt very comfortable leaving everything in your capable hands and literally put my feet up thereafter. You did a superb job, as did your team. I particularly appreciate your hard work, personal supervision and calm demeanour. Your planning and your execution were both exemplary. We were delighted with the result. ​
Alistair Franklin
Thank you so much for the wonderful event on Saturday. The tent looked absolutely beautiful and the furniture and everything else including the canapes and the whole lot. You are great at what you do, and we have received wonderful reviews on the event from both internal and external clients who attended.
Yolanda Sedibe
I can’t begin to tell you how wonderful you all were, Debbie working away in the tiny library kitchen, Lovemore and his team with their permanent smiles, you being everywhere at once, cooking, flower arranging, setting up tables, you were totally incredible! – the beautiful set ups you did for all the meals – oh my gosh they were all breath taking, the curry evening was a complete hit, the look and feel of the brunch at the library was divine, it looked so bright and colourful, was just fabulous, the gin bar was heavenly and oh my gosh the dinner – wow, it looked so beautiful, exactly what I hoped it would look like – sophisticated and elegant yet relaxed (even the gold chairs looked amazing!), and it goes without saying how wonderful the food was.
Nicky RattrayFugitives' Drift Lodge and Guest House
Everyone including myself were floored by use of herbs to decorate tables. That fragrance whilst eating was just amazing. Thank you Sandy!
Gugu Leeuw
Dear Sandy and Team, what a truly spectacular day and night! It was an awesome celebration and everything I wanted! The bar was so perfectly placed, we danced and danced, and at one stage the whole top section was packed with EVERYONE dancing, even Mugs!!! What a fab day, Thank You SO much for a truly memorable Celebration!
Jo Stewart
Morning Sands, a huge huge thank you for the most special sensational party! It was a complete triumph and you are a very special lady and a true genius!
Mandy Munroe
Previous
Next